How can you not be inspired by a Solar Eclipse?

There is a reality TV programme  about random families or couples watching the TV, and we watch their reactions and comments on the programmes they are watching. I quite like the concept of watching people watching, it’s a sort of voyeuristic voyeurism. I suppose if you were studying psychology or sociology, you might find it quite an interesting programme but I’m afraid I have only so far managed to watch about 2 minutes of it before having to switch the channel over. I caught a little bit the other day when they were watching a report about the recent solar eclipse. She said something like “that’s amazing, isn’t it Bill?” and Bill says “no, I don’t know why everyone is so worked up about it, I don’t care what the moon and the sun are doing…”

I nearly threw something at the TV, but not wishing to be too tempestuous or break the screen, I decided to finish my solar eclipses I had started the day before. 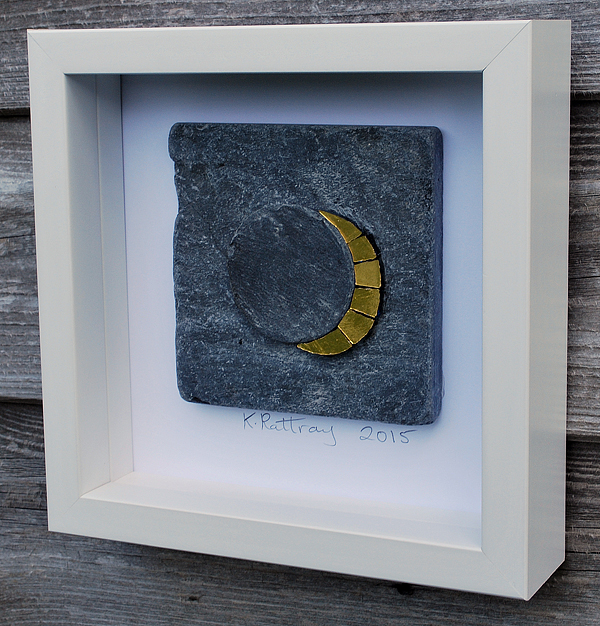 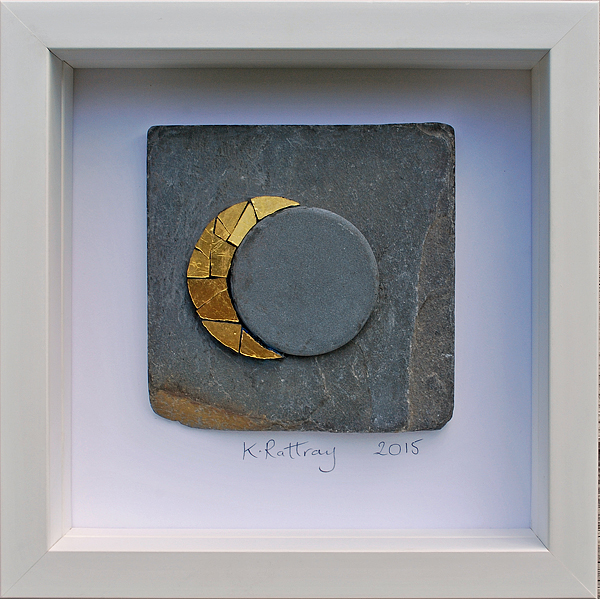 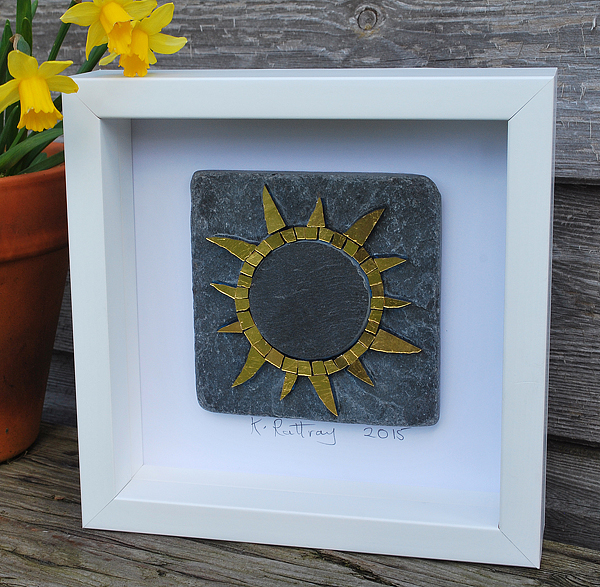 As I watched the partial solar eclipse from my garden this year through the filter of hazy clouds, I experienced the same exciting feeling I had whilst watching the total eclispse in 1999. It was like watching a silent magical dance, and each peep of the sun felt like time had stopped still, meanwhile the garden was gradually cast into moon shadow with a strange eerie half light.
These are a small series of total and partial eclipses, made using slate and genuine gold leaf glass tile .  I have presented them as a treasure in a smart white box frame .
I really wanted to make an animated series of these, but I only had the 4 backing slates at the time and that wasn’t quite enough. As I am sourcing some more I might return to this idea in the near future.

If you like my little treasures you can buy them on my Artfinder shop.

This website uses cookies to improve your experience while you navigate through the website. Out of these cookies, the cookies that are categorized as necessary are stored on your browser as they are essential for the working of basic functionalities of the website. We also use third-party cookies that help us analyze and understand how you use this website. These cookies will be stored in your browser only with your consent. You also have the option to opt-out of these cookies. But opting out of some of these cookies may have an effect on your browsing experience.
Necessary Always Enabled
Necessary cookies are absolutely essential for the website to function properly. This category only includes cookies that ensures basic functionalities and security features of the website. These cookies do not store any personal information.
Non-necessary
Any cookies that may not be particularly necessary for the website to function and is used specifically to collect user personal data via analytics, ads, other embedded contents are termed as non-necessary cookies. It is mandatory to procure user consent prior to running these cookies on your website.
SAVE & ACCEPT
error: Content is protected !!