I absolutely love the voices of Goldfinches, just like tiny little tinkling bells, and have you noticed that they also sing when they fly, so they fly in a sort of up and down rhythm that makes them look quite comical like  a Disney cartoon!

The Goldfinch is a symbol of life, exuberance and pure joy, and I can totally understand why. In Medieval times it was seen as a protector against the Plague, later in Christianity the goldfinch became a symbol of the resurrection. 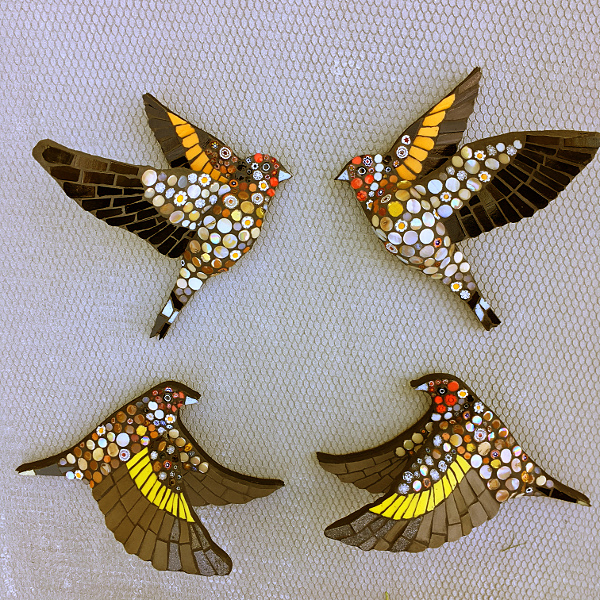 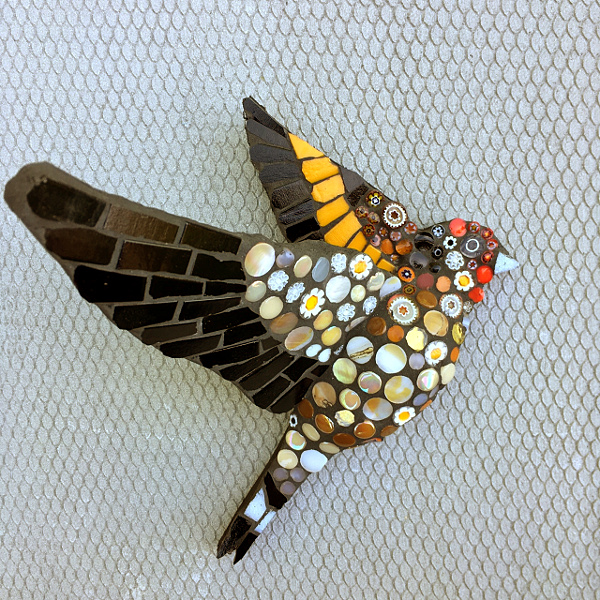 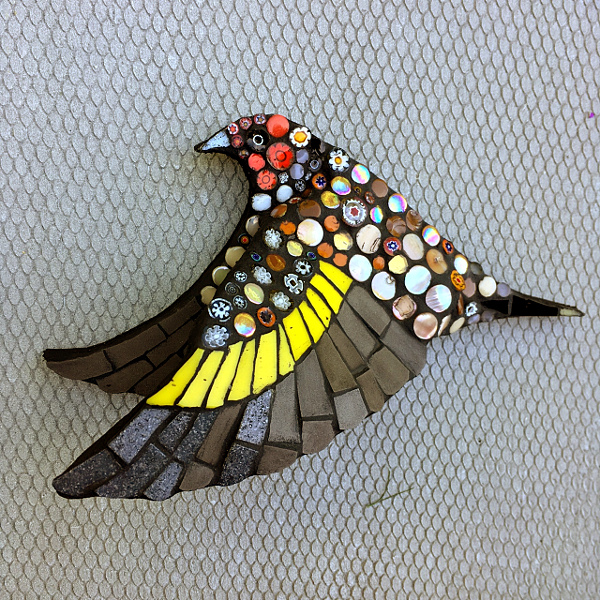 And then there are the swallows. I thought they had abandoned us this year, I missed seeing the fledglings on the telephone wire from the bedroom window, but it turns out they have moved from the usual nesting site in our porch to the farm up the road. I think they were quite late arriving from Africa this year, maybe because of our late cold winter.

Whilst researching a bit of swallow mythology I discovered a writer and illustrator called Olaus Magnus who was the archbishop of Uppsala in Sweden in 1537. In those days in Sweden they believed the swallows didn’t migrate to warmer climates but would plunge into the lakes in Winter under the ice and sleep until  Spring when the ice had melted. Here’s one of Olaus Magnus’ illustrations showing fisherman bringing up a net full of swallows.

Check out some more of Olaus’ drawings, they are fabulous!

Here are my swallows … 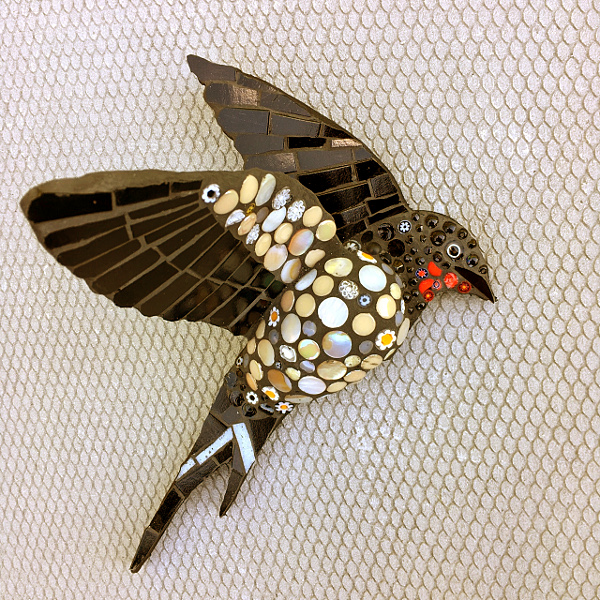 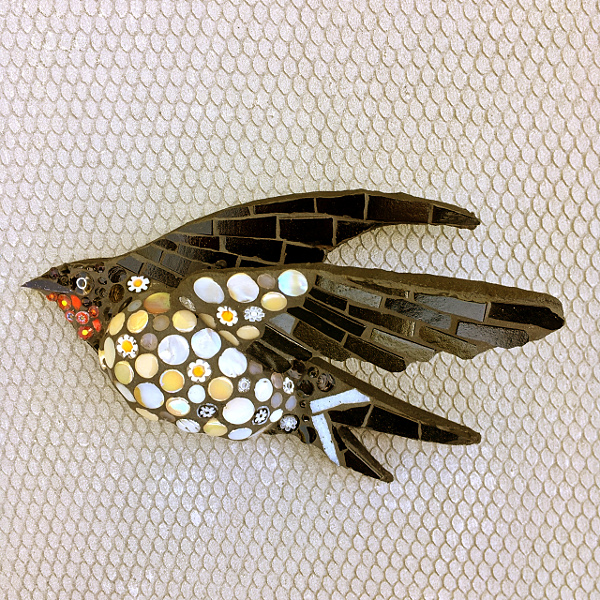 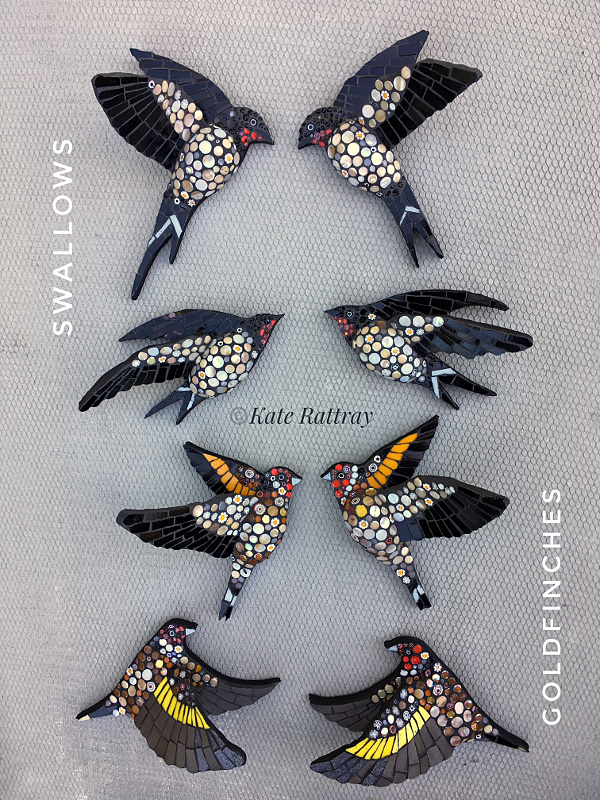 Some available to buy! See rattraymosaics.co.uk/shop/birds/ for details.

This website uses cookies to improve your experience while you navigate through the website. Out of these cookies, the cookies that are categorized as necessary are stored on your browser as they are essential for the working of basic functionalities of the website. We also use third-party cookies that help us analyze and understand how you use this website. These cookies will be stored in your browser only with your consent. You also have the option to opt-out of these cookies. But opting out of some of these cookies may have an effect on your browsing experience.
Necessary Always Enabled
Necessary cookies are absolutely essential for the website to function properly. This category only includes cookies that ensures basic functionalities and security features of the website. These cookies do not store any personal information.
Non-necessary
Any cookies that may not be particularly necessary for the website to function and is used specifically to collect user personal data via analytics, ads, other embedded contents are termed as non-necessary cookies. It is mandatory to procure user consent prior to running these cookies on your website.
SAVE & ACCEPT